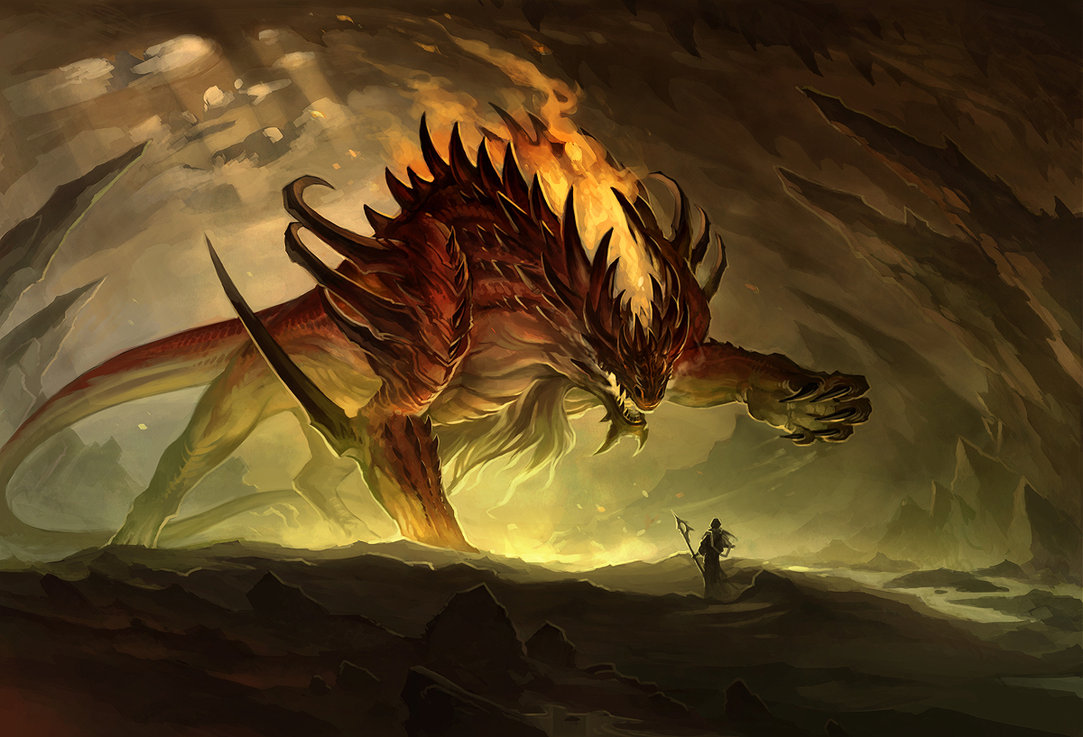 Iteff is proud of his role in the multiverse. And as such, he goes to great lengths to ensure his brand reflects well upon himself. The holy symbol of Iteff is a statue of a man made from chaste ivory.  One hand holds a staff near the statue’s side while the other hand raises a perfect pearl above its head.  The size of the pearl signifies the importance of the clergy in possession of it. The statue is always hung from a platinum chain.

The holy symbol is imbued with the ability to cast Light upon itself, though it only works for the priest or paladin that was attuned to it. When invoked, the holy symbol erupts with a shimmering brilliantly white light making the source unmistakable. A lesser known fact about this holy symbol is that the ivory never changes to pure white. It always has the yellowish tint common to ivory. This phenomenon angers Iteff for he knows not why his symbol appears tainted.

Iteff has three small groups of individuals that follow him: the Leaves, the Light, and the Land. Each serves a purpose independent from the other. The largest of the three is the Leaves.

The Leaves is a group of scholars that seek enlightenment. Not just for themselves, but for all people. They believe that ignorance is a plague on every society. It is only through education that people can evolve. Most of the Leaves are wizards, sages, and politicians. They commonly call one another by the term Leaflet as they see themselves as pages in the book of life.

Their lives are spent dealing with the political structures of the world, trying, in vain most of the time, to increase the knowledge base of lay folk. Unfortunately, the majority of the Leaves are not of the good alignment. They end up in political situations that force them to make hard decisions, decisions that inevitably bend their souls away from goodness. Compromise is a necessity for progress.

The second group of Iteff followers is known as the Light. They are hunters of the undead, bent on ridding the world of the soulless creatures left behind by Eadiac. The Light appears to be biased in their group membership. Paladins and clerics dominate them, which one would expect. But this group is not exclusive. Fighters, rangers, even the occasional druid will become part of their alliance. These anomalies are the driven people whom have experienced the destruction of an undead horde first hand. Often times, having lost family members or entire communities.

The Light is always found in small packs consisting of an odd number of members. No one seems to understand the reason why they only fight in uneven numbers, not even the Light themselves. But it is well known that any pack with an even number will either send a member away to find replacements for lost brothers or to create a new pack.

Last of Iteff’s followers is the Land. These are the lay folk who seek to heal the ground. Most of them are farmers and herdsmen. But they are always lead by a cleric with the ability to Consecrate Land. They see two purposes for being on Thepa. First is to recover blighted land, the areas once corrupted by undeath. But in most cases, they devote their time to removing dire vegetation. They do not attack or inhibit the groups of goblins that have created these areas. They simply cut back the wilderness. And when able, they try to teach the goblins to live meagerly and farther apart from one another as to make the world a safer place for all.

Few goblin tribes take kindly to this interference, but outright war never takes place. Goblins fear Iteff’s wrath. So instead, goblins will intensify their numbers to cause more growth and hopefully more difficulty for the Land. Neither side yields. Eventually, a larger outside force of humanoids comes in and scatters the goblins. In the end, the Land wins out in the short run, but the goblins that were forced out spread far and wide. They end up creating more than one tribe and, inevitably, cause The Rise to spread at a much quicker pace. Sadly, none of Iteff’s followers seem to understand this phenomenon, so the cycle simply continues.

For being the supreme leader of the Elohim, one would think that Iteff has a strong showing on Thepa. One would be wrong. Iteff spends most of his time devoted to his interests in the heavens and hells. He is unable, or possibly, unwilling to focus on the younger souls. And as such, it shows in his numbers. Iteff does not have institutions dedicated to him nor does he have a clerical hierarchy of religious members. But his advocates do have one thing in common, they all despise evil.

As for the nalu and drow, they are not much different than their terrestrial kin. They too hate evil and fight it in similar ways. They simply do it in different environments. Of all the naluan subgroups, none are more important than those that follow Iteff. Their purpose is to fight the one true enemy…the abolteth.

Nalu are not the bravest of creatures. As a race, they prefer to flee instead of fight. It is one of the main reasons why the race has prospered so well in the last few centuries. But the time is coming that they will need to band together and fight the one thing that can truly destroy them.

Aboleth, by their own mouths, claim to be the gods of Thepa. They see all life as theirs to rule and use as they see fit. Their entire civilizations are built around enslaving everything they encounter. It is these creatures that the nalu must fight. And they have an uphill battle. Nalu hunter groups are far and few. Their race’s deep seeded fear of “the masters” drives them away from the fight. Nevertheless, there is a growing number of the Light in the seas of Thepa, mainly due to the recent successes of raids against the aboleth.

The drow. Why would a drow pursue Iteff? The answer is simple. The race of drow is hedonistic and advantageous. They care little for those around them and their surroundings. The Cahaya (drow name for the Light) are abhorred by their brethren’s behavior and seek to end it. These cahaya form small groups on the outskirts of [[S’sraenyir]] to infiltrate the homeland, abduct brothers and sisters, and persuade them to follow Iteff’s beliefs.

Lastly, it is important to mention a few commonalities of Iteff’s advocates. Tenants are very important to Iteff, thusly he expects members of his clergy to have three tenants plus the knowledge tenant. Of all the tenants, none is in higher regard than knowledge. Iteff and every follower believe that ignorance is a disease. Followers will pray to Iteff for both strength and wisdom. They believe both the mind and the body are needed to defeat evil.

It is also common that priests and paladins take on the notion of purity. This is done in many ways: by choosing to be wholly honest, denying mind-altering drinks and smokes, keeping their possessions immaculate, and practicing good hygiene. In many cases, priests and paladins will only have sex within marriage, while others abstain completely. Purity of the soul is of great interest to Iteff’s clergy.

Iteff is a deity that is well known in both the heavens and hells. He is not loved by any elohim and he is despised by most daevas. But he is respected by all for he is fair and just with his flock, and ruthless with his enemies.

Iteff spends all of his time trying to destroy evil. He is an enemy of the daevas. He believes them to be lost souls that simply need to cease to exist – a plague that has held him back from passing onto the next realm. Iteff believes that once a soul has chosen a path, it cannot be redeemed. And as such, it is his responsibility to annihilate it from existence. He also knows what Eadiac is about. How he plans to overtake all of the planes of existence. Iteff spends and exorbitant amount of time battling this daeva. He will not think twice if the opportunity to strike comes. Eadiac is number one on his wanted list.

Iteff’s appearance is unknown. He appears to others as a male of their race. He always appears to look like a common person. He has no striking features or distinguishable markings. But he does always carry a staff. And in battle he calls down bolts of lightning from out of thin air. These bolts of lightning are a brilliant white light that cause the things they strike to burst into flames. Undead are especially susceptible to this form of attack.

Iteff is never armored. He is always dressed in immaculate clothing. In fact, if his attire becomes dirt, it instantly cleans its self. Iteff always appears as if he has just taken a bath and put on new clothes.

Iteff is not a lawful or chaotic being. He sees himself as good. Nothing matters other than goodness. Everything he does is for the greater good, and he will stop at nothing to make that happen. He is a warlike deity. He is thoughtful and resourceful in his fighting, but there is nothing above his resolve for the destruction of evil.

The plane of Empyrean is currently unknown to those that dwell on Thepa. All knowledge of its existence has gone missing, both written and word of mouth.