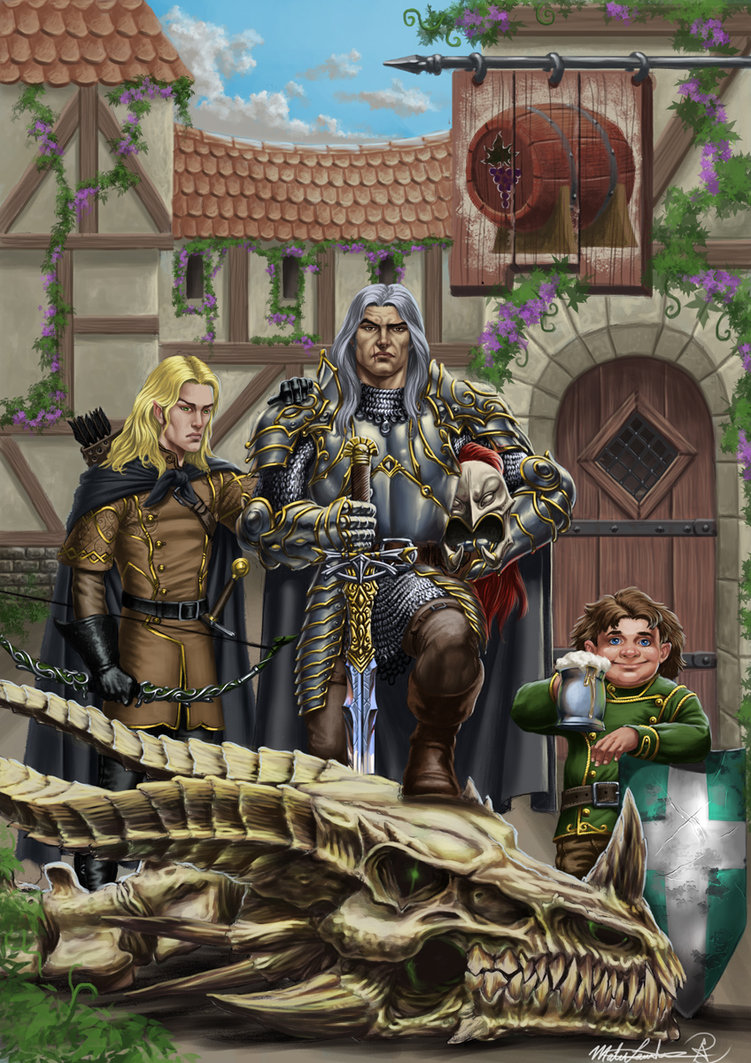 Although not titled, each of the following races has a description after their name that includes basic roleplay and game play preferences. Historical information such as lineage and the race’s creation should be used to guide a player’s birthplace decision. It should also help with reasons why he was born in a certain area and offer possibilities why he may not have grown up in his native lands. Class and alignment preferences are listed for this race. These groupings do not determine what a player can choose. They are simply presented to give a player a fuller understanding of how his race exists in the world.

A race’s physical appearance is examined in this section, including height, weight, eyes, skins, hair, and any other unusual aspects of the race. These aspects could include other appendages like tails or possibly ritualistic tattoos. A race’s movement types and speeds are also discussed yet only in general terms.

This block of information goes inside the race’s mind to determine instinctual behaviors. Whether a race has an innate fear or some primal urge to dominate others will be examined, at times in depth. Additionally, behaviors based on nurture will also be explored. For instance, many races have lived in small communal groups and have grown to rely upon one another. A player’s previous environment plays an important role on his psyche.

All thirteen humanoid races have some sort of a society. Many are as small as twenty members while others may be as large as a million strong. This collection of facts is exclusively devoted to a race’s relationships with itself. Some descriptions will hint at a dependence of other races but will not be explored in this section.

Alliances, enemies, lovers, friends – all inter-relations of the other humanoids are summarized with a few short sentences. It is important to remember that a player character should not be bound to hate a certain race based on these observations, yet a player should expect the bulk of a race to react to a player in specific ways based on their race. In some instances, just befriending a normally hated race will cause strife for a player character. The information presented here is vital to both the GM and the players.

Every player needs a reason to adventure. It could be as simple as wanderlust or as complex as a story with dozens of pages necessary to explain. A quick summary of naturally occurring reasons for a race to join an adventuring party is presented herein just in case a player needs some help finding his place in the world.

The classes noted in this category are the most common to the discussed race. Most NPCs encountered will be one of the mentioned classes. A character is not limited by this list when selecting his favored class.

This entry lists the most common deities a racial group follows. The documentation for further insight as to why certain deities are chosen over others must be reviewed through each deity. A character is not limited by this list when selecting his deity.

Racial Traits are a bit different on Thepa. Due to the long past apocalypse, many races needed to evolve certain traits to survive. Fortunately, this allows players to select some of the racial traits they want for their race.

When creating a character, a player uses all the “Base” traits presented in the racial traits section; these traits are inherent to that race and cannot be altered. A player then selects “Alternate” traits to flesh out his character. The total number of racial points (RP) may not exceed 4 for the alternative traits. Each alternative trait has its RP cost listed after its name.